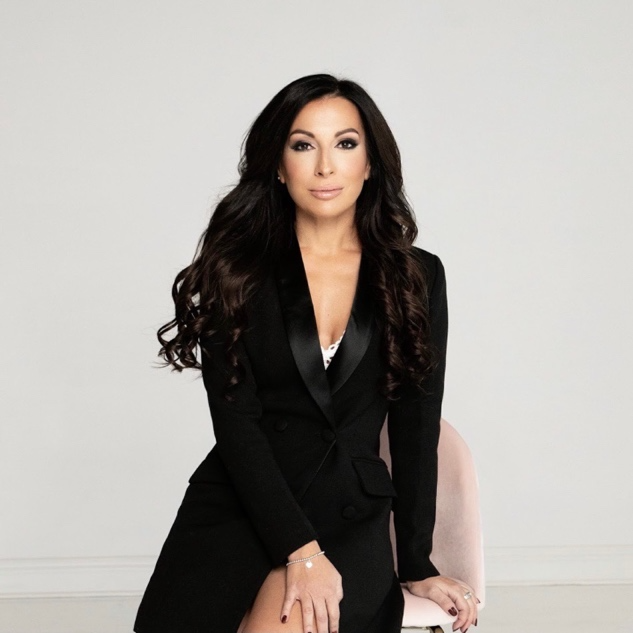 As Host of ‘The Green Room’ series, Natasha will take viewers behind the scenes, on the set and up close to upcoming movies and television series.  Her interviews with actors will explore the training, preparation and method used for their role. She will also speak with directors and producers on the development and making of the movie or television series.


Series 1 of ‘The Green Room’ launched Friday, May 27th with Natasha taking viewers behind the scenes of the blockbuster release from Paramount Pictures – Top Gun: Maverick. Series 1 is available on Casting Workbook YouTube and TikTok channels. Viewers will hear from Tom Cruise as he describes actor training and preparation that was required to be ready for the making of this film, while Producer Jerry Bruckheimer discusses the making of the Top Gun: Maverick and the introduction of new camera technology used to make you feel you like are in the cockpit. There are also interviews with other cast members including Jennifer Connelly and Miles Teller.


Natasha is a former Entertainment Tonight Canada Host and reporter, where she spent 12 years, interviewing major celebrities such as Oprah Winfrey, Celine Dion, Jennifer Lopez, and George Clooney. Additionally, she is a podcast host of Cineplex Theatres’ “Hello Movies” and co-hosted the popular Montreal Morning Radio Show “Freeway and Natasha on Virgin Radio/I Heart Radio”. In 2020 Natasha became a member of the prestigious Critics Choice Association and was recently appointed the Canadian Council Chair spokesperson for the Geena Davis Institute on Gender and Women in Media.


I am very excited to be partnering with the Casting Workbook family to bring interviews and content that will help inspire working actors around the world, to better their craft, & gain insider tips from Hollywood productions & stars every week in ‘The Green Room’.

–       Natasha Gargiulo, Host of The Green Room and The Working Actor


“‘The Green Room’ further punctuates Casting Workbook’s commitment to bring valuable original content to our members. Natasha will home in on the Actor’s point of view when sitting with the brightest and the best in these interviews, asking the questions that our members would love to ask.”

For over 25 years, we have been driving the industry forward with leading-edge enterprise casting software. By bridging essential communications between production, casting, agents, and their talent, we’ve worked with some of the biggest production studios including Disney, Netflix, Universal, HBO, Fox Features, Lionsgate, Sony, Nickelodeon and many more.


Our global network consists of offices in Los Angeles, Vancouver, Toronto, Montreal, Mexico & Madrid with Actors, Casting Directors, and Agents in over 50 countries. Services are offered in English, French and Spanish.  Our B2C service was recently ranked #1 globally as part of Help Scout’s annual Award Ranking of 12,000 companies in over 140 countries. We offer innovative tools to help actors search jobs, submit self-tapes, work seamlessly with their agents, and develop their craft while they build their careers. Whether watching our popular Original Content programming, auditioning virtually through our Virtual Casting Room (VCR), or submitting a self-tape on our top-rated mobile Actor App, our goal is to be the #1 casting software and service provider to actors, agents, and casting directors globally.

You can find out more about which cookies we are using or switch them off in settings.

This website uses cookies so that we can provide you with the best user experience possible. Cookie information is stored in your browser and performs functions such as recognising you when you return to our website and helping our team to understand which sections of the website you find most interesting and useful.

Strictly Necessary Cookie should be enabled at all times so that we can save your preferences for cookie settings.

If you disable this cookie, we will not be able to save your preferences. This means that every time you visit this website you will need to enable or disable cookies again.

This website uses Google Analytics to collect anonymous information such as the number of visitors to the site, and the most popular pages.

Please enable Strictly Necessary Cookies first so that we can save your preferences!